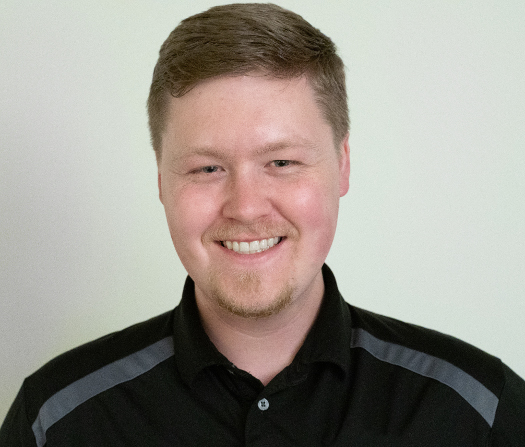 Zach joined ITM full-time as an engineering technician after graduating in May of 2020. In our instrumentation lab, he works on a wide variety of different projects involving the assembly of control panels and monitoring solutions, as well as R&D construction and testing. Zach’s other responsibilities include working on CAD assemblies and drafting within Solid Edge, along with traveling to provide on-site support to our clients.

Zach Strong may be just as much of an artist as he is an engineering technician.

By day he is often doing hands-on instrumentation of equipment in the ITM lab, helping with an on-site installation of a technical monitoring solution or performing R&D construction and testing. His evenings and weekends, however, tend to fill up with playing music or teaching marching band to high school and college musicians.

He is as comfortable holding a camera and shooting a wedding as he is holding a soldering iron and building a control panel. Strong joined ITM full time as an engineering technician in May of 2020 following his graduation from Cincinnati State’s electro-mechanical engineering technology program. He came onboard with ITM after a semester of co-oping with the team.

Strong immediately fell in love with the variety of projects, the travel opportunities and the ability to both work with his hands and do the more creative activities such as computer assisted design using Solid Edge. He’s even been known to show off his camera and editing chops by helping the marketing team create special video projects.

Flexibility and adaptability are skills he had to learn at a young age when a serious health issue — a congenital heart condition — not only forced him to halt playing the sports he loved but also required him to have a pacemaker implanted at age 16. Strong now looks back on the ordeal as a blessing in disguise because without it he likely would not have pursued band, which he now considers one of his life passions, nor would he have built relationships with some of his best friends, including his girlfriend.

Since 2010, he has either played in a band (his instrument is the bass drum) or taught in one. These days he teaches the drumline at three area high schools and also serves as an instructor for world class independent marching groups competing in Winter Guard International. His hope is to have as positive an impact on those he teaches as those who taught him.

Strong lives in Newport, Kentucky, and loves to walk his neighborhood taking photos and enjoys riding his motorcycle during the warmer seasons.