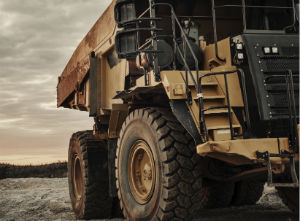 Synchronizing such a high channel count was a challenge for which ITM was perfectly fitted and the very reason the Milford, Ohio, firm was subcontracted by SixDOF Testing & Analysis, which was hired to validate the design of the multi‐million dollar piece of equipment. Using a combination of National Instruments hardware — chiefly the NI 9469 Sync Modules and NI cDAQ‐9188 Chassis — ITM Engineer Todd Holtkamp “daisy‐chained” six chassis loaded with NI accelerometer and strain gauge modules. In theory, the configuration would enable an at‐once gathering of all the channels, but only if ITM’s proprietary iTestSystem software and MultiDAQ Plug‐in could handle the flood of information.