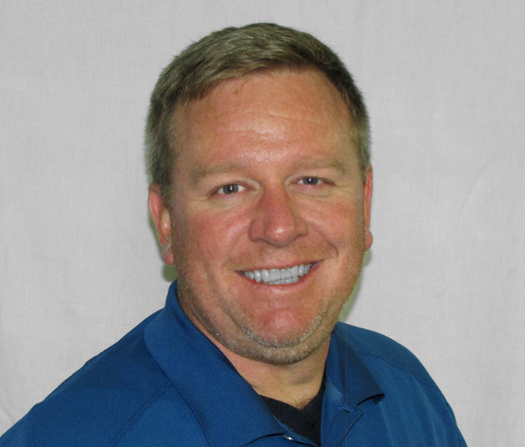 Everything fails a lot in Mark Yeager’s head.

At first blush that may not seem positive, but it is actually the key to his success and what makes him such a good problem solver. Because his mind works a bit different than most, when the ITM team brings him complex challenges — and they often do — he immediately begins processing a series of failing iterations in his head to arrive at a successful solution.

This type of iterative thinking helps explain how Mark, someone with a degree in chemistry and five years of experience developing flavors for a food science company, was able to leap career paths back in 2000 to become a field engineer. It also helps explain how he was able to learn circuit board design, software programming and web development, among many other skills, with no formal training.

Mark joined ITM in 2001 after a brief stop at Manta Corporation to work with ITM Founder Tim Carlier, who had just started a new division at Manta called Nu-Edge. About six months after Tim left to spin up ITM, Mark followed. Though it was a brand new venture, Mark believed in his childhood friend’s passion and never doubted Tim’s startup would succeed.

They were travelling the world to solve engineering problems, and Mark was learning the business at a furious pace while also wearing many hats. If ITM were assembling a baseball team, he’d be the utility second basemen who could shift over to short stop when needed and even platoon a bit at center field.

Over the years, Mark has served as ITM’s lead programmer. And though Tim was the lead architect on the development of iTestSystem, ITM’s custom software solution, Mark has been integral to enhancing the product and has dreamed up ways to deploy new features such as the ability to share 3-D animations of modal data.

These days Mark oversees ITM’s marketing efforts, a brand new challenge he tackled because the firm needed someone to step into the important role. He jokes that the job fell to him because the rest of the team tired of hearing him complain when their graphics weren’t just right. He and his wife Lorraine have four daughters, and he spends much of his free time cheering them on in various sports and activities.

Though his role has shifted, Mark continues to enjoy a good engineering challenge and points to a 2018 project he led when he helped Marquette University turn their engineering building into a living laboratory where the next generation of structural engineers can now perform large-scale experiments and get real-time results from the very building where they are learning.

Mark integrated ITM’s custom iTestSystem software as part of a novel building monitoring system that logs data from a weather station together with more than 120 strain gauge sensors that were installed along beams, braces and columns during construction. Wires from these sensors were routed to a central data collection system, a National Instruments Real Time PXI. The five-story structure near the heart of this Milwaukee campus not only measures wind speed; it can actually “feel” the wind load during gusts, then records the impact on the facility. That data is then broadcast in real time to anyone plugged into the servers, which Mark configured to allow 50 or more students and faculty to connect through their mobile device to the building DAQ system.

He is skilled in providing on-site system and component installations and support for both domestic and international customers in the pulp/paper, transportation, and consumer goods industries. Mark has also developed and implemented various test and measurement solutions for ITM clients, including custom sensor signal conditioning design and data acquisition and analysis programs using LabVIEW™. He has overseen a range of applications and measurements, including continuous process monitoring solutions and short-term structural vibration tests as well as strain (load), vibration, temperature, and pressure data analysis.

Prior to his tenure at ITM, Mark served as a field engineer and a production supervisor at Manta, where he was responsible for managing an electronic production team as well as acquiring, validating and analyzing mechanical data used for product design and evaluation. Prior to his experience at Manta, he served as a quality control technician and a sensory flavor technologist at Givaudan.

He graduated from the University of Cincinnati with a Bachelor of Science in chemistry.