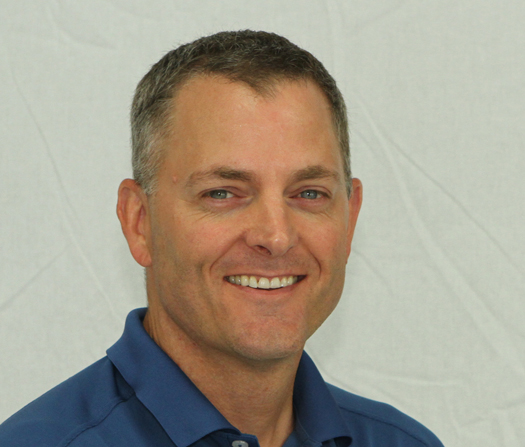 Ryan Welker has more than 25 years of experience in engineering, procurement and project management and serves as ITM’s Vice President of Operations. In this role, he oversees the daily operations and monitors all phases of project fulfillment.

Ryan Welker has more than 25 years of experience in engineering, procurement and project management and serves as ITM’s Vice President of Operations. In this role, he oversees the daily operations and monitors all phases of project fulfillment.

When customers show up with a problem for the Milford, Ohio, firm to solve, it’s often Ryan they hear from first. And more than likely, he’s got good news: ITM is up to the challenge.

That was the case when a high-end company rang him up in desperate need of structural testing on an aerospace component. Though the job would require several people on-site for multiple months, Ryan and team made it work. They installed strain gauges around the clock for three months so their client could complete crucial validation testing on a design. Ryan said yes. ITM delivered, and the client made their deadline.

When Ryan isn’t working with customers, developing proposals or overseeing on-site installations, he’s likely down in the ITM lab working with his hands. Afterall, that’s the biggest reason he became an engineer. He’s always been curious about how complex things work. As a boy, Ryan remembers following his father around the house whenever he made repairs. His dad was a maintenance lead and lifer at General Motors, so home repairs came easy for him. But Ryan was fascinated watching him work.

His folks bought him his first tool set by age 5, and his mom soon found him taking all the doorknobs off the doors. He tore his bike apart dozens of times as an adolescent because he loved to tinker with things.

That same curiosity eventually led him to Miami University of Ohio where he majored in manufacturing engineering before landing a job with automotive parts supplier American Showa. While there he worked for four years in procurement and managed $10 million in annual inventory for the automotive steering system manufacturer and was also responsible for ensuring compliance with ISO9001 requirements.

Ryan next took a similar role at Makino and spent a few years as a global sourcing specialist in the world of high-end, high-accuracy machine centers. While there, he worked with design engineers and suppliers to optimize component design with the goal of maximizing manufacturability and cost-effectiveness. He also managed a team of eight and was responsible for vendor selection and qualification for more than $20 million in annual inventory.

After several years with large corporations and watching the manufacturing industry go through a slowdown after 9/11, Ryan was sensing it was time to shift gears when ITM founder Tim Carlier offered him a job at his new startup over a beer. After a few weeks of hands-on work helping ITM build components, he took a week’s vacation to help Carlier and Mark Yeager, the firm’s second employee, do a strain gauge installation at a paper mill in 2002. He was fascinated by seeing it all come together on-site, and started full time with ITM just a month later.

He is experienced in designing multiple types of custom transducers (load cells) as well as large data acquisition systems. He has also completed custom control panel assemblies and became adept at design-and-builds using various controller and software platforms. He has many years of experience providing on-site system and component installation and support for both domestic and international customers in the pulp/paper, transportation and consumer goods industries.

As ITM grew, manpower and management became his sweet spot, but he also enjoys being out front promoting their work. Ryan has even presented on ITM technologies in front of hundreds of people at NI Week. In addition to his other roles, Ryan is focused on helping ITM expand its industrial monitoring solutions and works closely with the aerospace industry to deliver testing services.

He once lost 14 pounds in two days.

“I was one of those guys who would drop weight through fasting, electric blankets and rubber suits,” he said. “I weighed in one day for practice on a Monday, and then I weighed out on a Wednesday. I was 14 pounds less.”