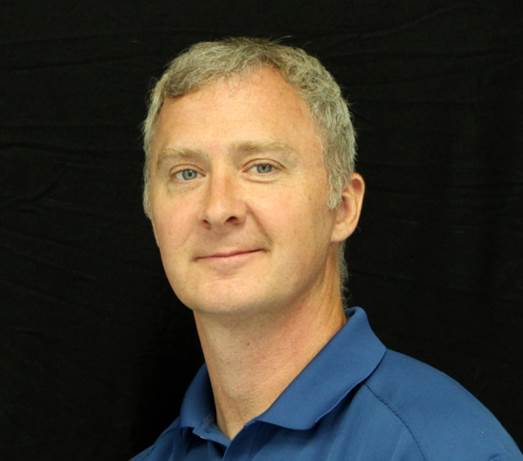 As president and founder of ITM, Tim is focused on growing the company and mentoring his team. He’s an inventor and entrepreneur at heart, and he’s passionate about innovating around renewable energy that will not just benefit his clients but also leave the planet better than he found it.

The same principles that launched ITM when Tim Carlier began the startup from his basement in 2001 continue to propel the Milford, Ohio, firm today. As president of the structural test and measurement engineering service and software company, Tim sets a high bar for his talented team to aim for with each of their clients.

These foundational principles tie back to a legacy of innovation and entrepreneurship that Tim observed even as a teenager when he watched his father, Mike Carlier, set out on his own to co-found Manta Corporation. He had just left SDRC, the industry leading international corporation co-founded by Robert Farrell, Tim’s uncle, who would also become a mentor.

A problem-solver at heart, Tim recognizes what is at the core of his passion to discover. His deep-down curiosity formed early on the Southwest Ohio farm where he grew up. The big barn doubled as an early inventor’s idea lab. Growing up he loved to tinker and invent. By around age 10 he taught himself to write software using Basic, the programming language that fueled his Atari 400. Before long, he and his neighbor were creating custom applications to do things like create a digital phone directory.

As an adolescent, he restored and repainted his first car — a wrecked Honda Accord — after his dad had it towed to their garage as a challenge to the 15-year-old. It was an early lesson in the value of hard work. Around the same time, he helped restore a burned-out boat his family picked up cheap. Beyond learning to work in fiberglass, upholstery and painting, Tim was seeing first-hand the value of hard work and ingenuity.

By age 16, Tim passed on traditional summer jobs to help out at Manta. He did what he knew, and engineering came naturally to him. As a teenager, he recalls sitting with machinery overnight at Manta to record engineering test data. It was among his first formal exposures to applied engineering. His senior year in high school, he received an award as the first person in his teacher’s 30-plus-year career to earn a 4.0 in metal shop class. For Tim, learning drafting skills, welding and things like bridge building fed his mechanical mind and inventive nature.

While pursuing his mechanical engineering degree at Ohio University, he returned to Manta for more hands-on learning every summer and during breaks, where he was exposed to what would become the great adventures of a test engineer. At 19, he was scaling a roller coaster at Kings Island to instrument and test the ride overnight for Manta. It was his first time stepping into a project management role.

His confidence was growing, as was his fascination with the field — in part thanks to an early mentor. Dr. Dan Morrow was a partner at Manta who often brought Tim into his projects. Together they would dive into late-night builds creating transducers and other electronics. Tim credits Morrow for teaching him a great deal about such important areas as stress, strain, metal fatigue and electronics.

After completing his undergraduate degree, he accepted a research assistantship offer in engineering science and mechanics at Virginia Tech, where he completed his graduate-level courses before starting full time as a test engineer at Manta Corporation in 1997. It wasn’t long before he started selling new projects, organizing custom training and even launched a brand new division there called Nuedge, an adventure that would take him around the world to share technical skills in places such as the Philippines, Korea and Japan.

He began focusing on the design and development of test systems, specialty transducers, sensors and programming, all of which would lay the groundwork for the eventual launch of ITM. As manager of Nuedge, Tim directed a number of test-system projects, including thermal tests on high-speed printers, multi-axial load transducers for the agricultural industry, a thermal load frame-test system for aerospace and specialty sensor development for NASA’s shuttle program. One of these sensors even flew on the shuttle’s solid rocket booster.

Importantly, it was at this point in his career that he began to envision the benefits of designing constant-monitoring systems over one-off testing systems. The same concept that would ultimately inspire the industrial Internet of Things (IoT) prompted Tim to return to his love of programming in the late 90s, a skill that would pay dividends in the 21st Century.

At age 28, he read a simple parable with profound truths that stirred the entrepreneur inside of him. “Who Moved My Cheese?” is a story about mice and the need to adapt to change. For Tim, the 94-page book was the motivation he needed to be aggressive, and he founded Integrated Test & Measurement (a play off his first name) within a year. Launched in May of 2001, the company existed for the first six months in his Hyde Park basement, where Tim regularly spent 20 hours a day getting things off the ground by building his website, focusing on sales and business development as well as sharpening his skills with LabVIEW, a National Instruments engineering software.

By that fall, he had hired childhood friend Mark Yeager and opened an office on the eastside of Cincinnati. Mark had a background in chemistry, but he was one of the smartest guys Tim knew and became the go-to guy for everything from Quick Books to programming to marketing. In the early days, the young company kept busy with industrial monitoring contracts in the pulp and paper industry. Tim recalls one of their first jobs, a trip to Florida in ’01 where he and Mark worked in a hot, dirty paper mill all day only to retire to tents in a nearby campground by night. It’s one of his favorite memories from back then, seemingly because it offers perspective and keeps them grounded.

In 2002, Tim convinced Ryan Welker, another lifelong friend, to take a chance on ITM. He agreed and today serves as vice president of operations. Welker is further evidence of one of Tim’s truths — surround yourself with smart people you trust.

Over the next few years, ITM added more team members, and in 2004 Tim was awarded a patent as coinventor on a boiler monitoring, feedback and control process he developed to help ITM’s clients reduce energy costs. The next breakthrough came when an international off-highway client agreed to invest in Tim’s idea to create a custom software package for data delivery that would include specific applications for their equipment and testing needs.

That was the genesis for iTestSystem, which launched formally in 2007. ITM quickly transitioned from a firm that could offer hardware and services to an outfit that could offer custom software solutions. Soon, ITM became an NI Gold Alliance Partner, a distinction awarded only to the top 25 partners in the United States.

In the late 2000s, Tim returned to his pursuit of intellectual property as he refined his ideas around boiler-monitoring technology that would later lead to additional patents and opportunities. Tim is quick to credit his success in this area to his friend, mentor and co-inventor Dr. Andrew Jones, a senior engineering fellow at International Paper, whom he met and began collaborating with on technology during his days at Manta.

By 2012, Tim and his wife Amy had three kids, and he was learning a crucial lesson about delegation. He needed to hand more off to his team, not only to free up his own time, but to challenge his guys and help them grow.

ITM has helped companies in the pulp/paper, automotive, off-highway, aerospace, consumer products, machine tool, medical and other manufacturing markets realize a wide range of cost savings and other benefits. These include decreasing energy consumption by up to 40 percent, eliminating costly mechanical failures and streamlining their product design and testing processes.

As he looks back, Tim is most proud of the green contributions ITM has been able to make, and he’s excited at the possibilities that lie ahead in pursuing renewable and sustainable energy technology.

His intent is to remain focused on growing the company and establishing a strong culture of leadership and mentorship. To get there, he’ll continue to lean into his founding principles: Work hard. Innovate. Adjust. Overdeliver. Don’t quit. 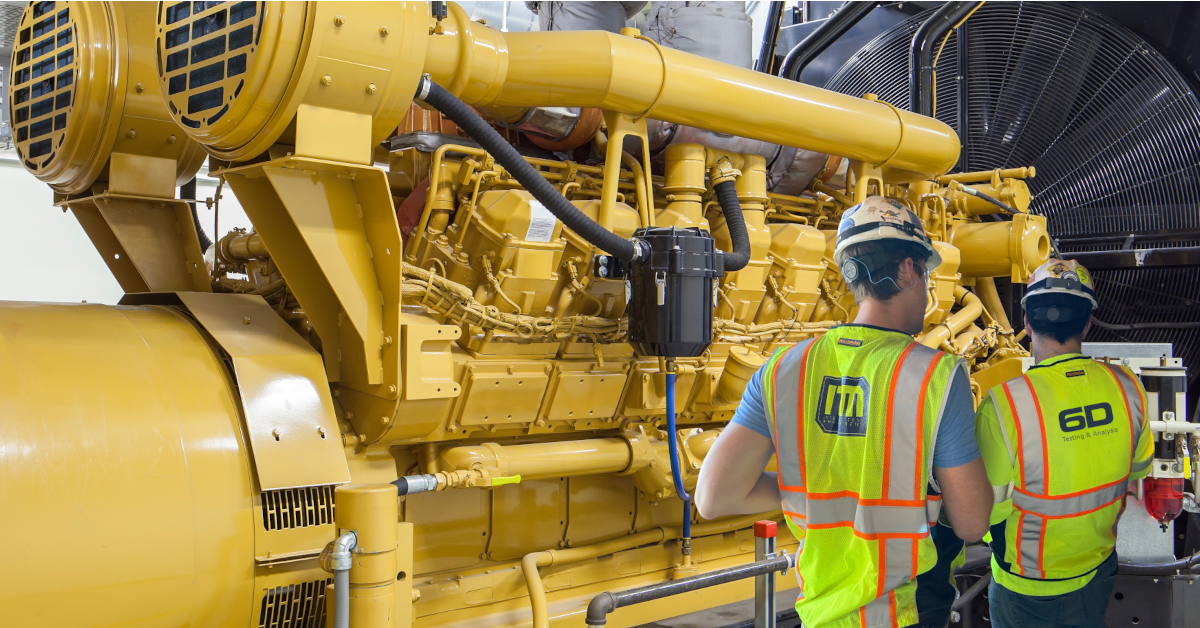 Building a reliable system to test Generator Set vibration levels after production to verify that the units were designed and assembled properly. MORE